I occasionally give interviews, editorials and public talks about a variety of political and economic issues in international markets, Latin America, and Europe.
​
Collaboration with CNN Dinero
CNN DInero, hosted by Xavier Serbia, is the leading business and economics program for CNN en Espaniol.  CNN Dinero periodically interviews me to discuss key issues about international trade, investment and risk. This interview covered NAFTA and the Trum trade disputes.​
​Moncef Marzouki, former President of Tunisia and the first democratically elected President​

​Here is a note about the impact of foreign direct investment and international trade on South Carolina. 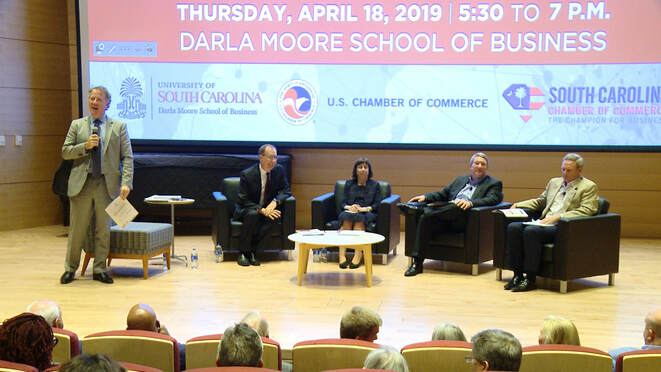 We organized a public forum with Moncef Marzouki, the first democratically elected President of a majority-Muslom country in the Middle East. Click here for the video of the event, a fascinating discussion of political and social change in the region, and Tunisia in particular.​
Recent interview on morning news program on TV Publica, the national television channel for Argentina.